How Chris Made $5,000 Profit Wholesaling His First Deal (And Now On Track To A $10k Month) - Pro Wholesaler Review

I recently had the pleasure of interviewing my Pro Wholesaler VIP Program Student & Client, Chris, on how he successfully completed his first wholesale real estate deal and made $5,000 of profit!

Additionally, Chris has another deal under contract that he acquired from the MLS and plans on making an additional $5,000 from this deal, as well.

Chris is also a licensed real estate agent, and joined the Pro Wholesaler VIP Program in order to make more money, and to get more deals!

Chris is well on track to having his first $10,000 month of profit as a Pro Wholesaler!

Watch the interview above on how Chris became a Pro Wholesaler and now crushes it at wholesaling real estate!

Here's what we cover in the interview: 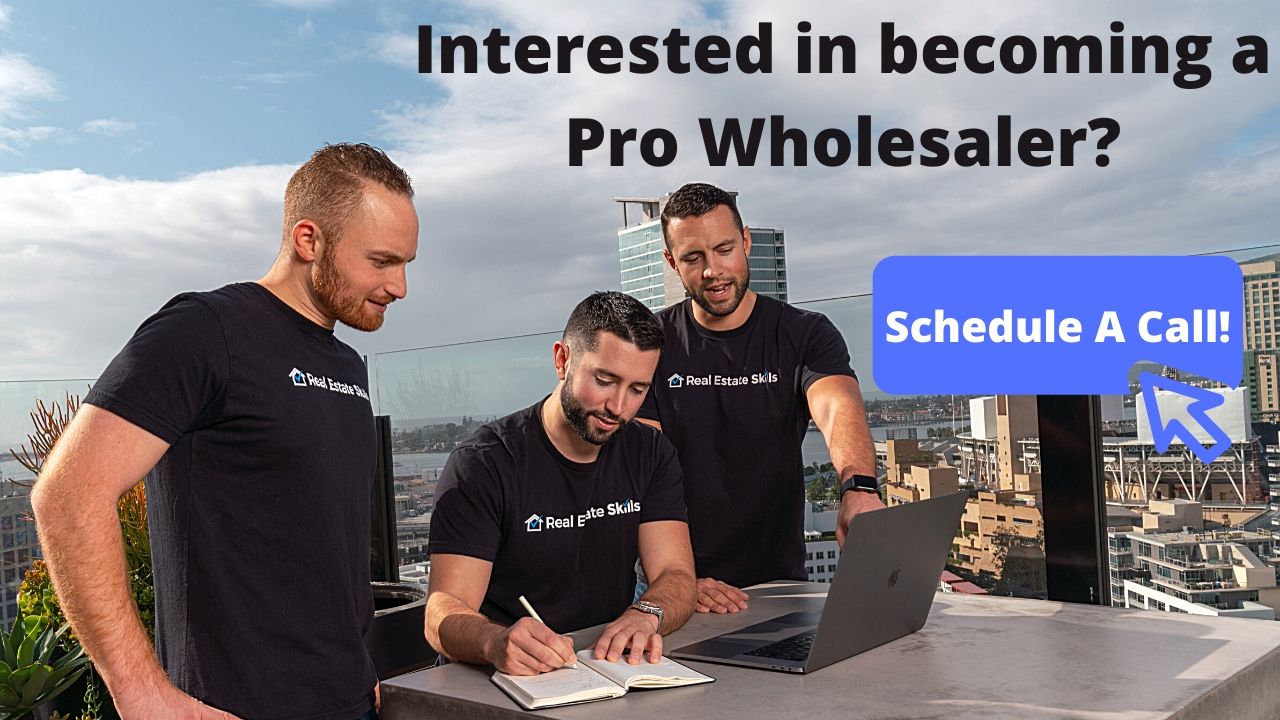 Here's the video transcription on how Chris became a Pro Wholesaler, made $5,000 of profit on his first wholesale deal, & is on track to have his first $10k+ month of profit:

Alex: Hey, guys. I'm here with Chris. Chris is a member of our Pro Wholesaler VIP Program. He joined recently & he just got one of his first wholesale deals and I want Chris to hop on here, talk about his experience and talk about this latest deal, the 1st of many to come. How about you tell us about it? Let's chat about it!

Chris: Yeah, absolutely. Thanks, Alex. I'm wholesaling houses in Texas, and basically, I got this deal through a referral & it was a FSBO deal. She's the daughter of my dad's hygienist and the owner was older, 83, and he didn't want to list it on the MLS. It was MLS ready and that's initially what I was going to try to do, just take possession of the property and then just put it back on the MLS, but we needed probably 20K for hard money just to fund the transaction. I just decided to wholesale it. My seller wanted his 150. That was the bottom he would take for it, and so I got an under contract for 160, reached out to several of my Financing Partners / Cash Buyers, and eventually settled on 155 for it.

Alex: There we go. A $5,000 wholesale fee on your first wholesale real estate deal!

Chris: Yeah, exactly. The biggest thing was what I learned just kind of going through the entire process. We were taught sections of it, but to see everything coming together and to realize what you actually need to get better, that was the biggest part. It really helped me transition into the next deal that came up. I'm closing on that one on the 23rd. Same Financing Partner / Cash Buyer, but it's an MLS deal, so my first MLS deal.

Alex: There we go! What are the numbers looking like on that one for you?

Chris: Yeah. Initially, I offered $130k for it. It was on the MLS for $180k. They didn't really get any traction on it, so I followed up with the listing agent after my buyers said they were buying houses at 80% minus the repairs. That allowed me to increase my offer to $140k. I took out the commission I would make to try to get it at that price and put a little bit more in the seller's pocket basically. Then, had a ton of showings and this has only been three days at open title, maybe two days ago or yesterday. I had probably 11 investors go out there, almost didn't get what wanted. I had got it under contract for $140k. I tried to sell it for $149k, but I ended up getting an offer last night, probably about 10 o'clock, 11 o'clock for $145k. I'm just going to pull the trigger on that and keep it moving.

Alex: There we go, a nice little pop!

Chris: Exactly. They're coming in little pops, but the experience that is behind that is even more valuable.

Alex: Yeah, if you're making $5k on these deals and these are your first couple of wholesale deals, it's only up from here. You're going to get better at the negotiating aspect, incentivizing agents, just like you're doing.

Alex: For everyone listening, too, if Chris is a licensed real estate agent, and he's wholesaling deals, and he's getting creative with his commissions in other ways, something we talk about, something I've been able to do when I've been licensed as well, is really getting creative with those commissions to get the deals, whether their off-market or on-market deals, but it really creates a conversation for the seller to consider your offer. That's what it's about, so we can get to that table and make some sort of deal. Chris, you're making that happen, man. I'm very excited for you.

Chris: Yeah, I appreciate it.

Alex: Way to make it happen! Off the line, we talked about grit. We talked about persistence. What do you think is the thing that most people need to be successful at wholesaling houses?

Chris: The persistence. You have to do what it takes. You're going to get a lot more nos. I've already, but like we keep saying, every no you're closer to that yes. That's realistic, and so just continuing to do it, even if you're not getting offers accepted because they're not all going to get accepted, but you follow up with the agents a few weeks after you've made your offer. Things change. The more time goes on, the more willing they are to probably accept an offer if they haven't gotten one. Just kind of continuing to do it every day, even if it's something small, just headed towards whatever goal that you have set and just take that next step.

Alex: Awesome. I love it. I think a big shift I had when I started in the MLS almost 10 years ago now, I look at it almost like Craigslist in the sense that the price of a house, that's not the price that it's going to sell at, meaning the listing price on the MLS. For people who are hopping on here who are afraid of the MLS, Chris, you just got this deal that was listed at $180,000. You have it under contract at $140,000.

Alex: $40,000 below list price, and that's pretty cool to see. That's what we see typically on all the MLS deals we do. We're getting them below the list price the majority of the time because agents, a lot of times, don't know where the heck to list their house or the sellers heads are in the clouds. It's just pretty cool to see that you're putting in the work and you're getting these deals under contract below the list price because so many people think those prices are sticky and it's not the case.

Chris: Yeah. I agree. Yeah. A lot of real agents aren't aware of the investment side of the coin. They don't even know it exists. Whenever you come to them with a deal like this, of course they're going to be skeptical because they don't have any experience with it, but we understand that this side of the coin works just as well, if not better than the regular side of it. You can make more money as a wholesaler, as an investor. You have more wiggle room in regards to negotiating. Once you kind of develop that reputation of you knowing what you're doing, then it's all good from there.

Chris: I'm still working on getting there.

Alex: Well, you're wheeling and dealing like a professional already. You closed that deal last week for $5k and when's this next deal closing?

Alex: Nice. Looking like potentially this could be a nice 10K month.

Chris: Yeah, exactly. Yeah. First one in a while!

Alex: Yeah. Good, man. Good. Well, I'm super excited for you. We talked about scaling and growing my real estate wholesaling business. We're going to work on that on the weekly calls we have as well.

Alex: Get some acquisition associates, scale and grow, but thanks for hopping on this call, Chris. I love doing this. It's what we've been doing for a decade, man.

Alex: I'm really excited and proud of you. Great job.

Chris: I appreciate it.

Alex: Awesome. Well, you've got a lot of good things to come and a child, as well. Thanks again.

Alex: I'll keep seeing you in the group. 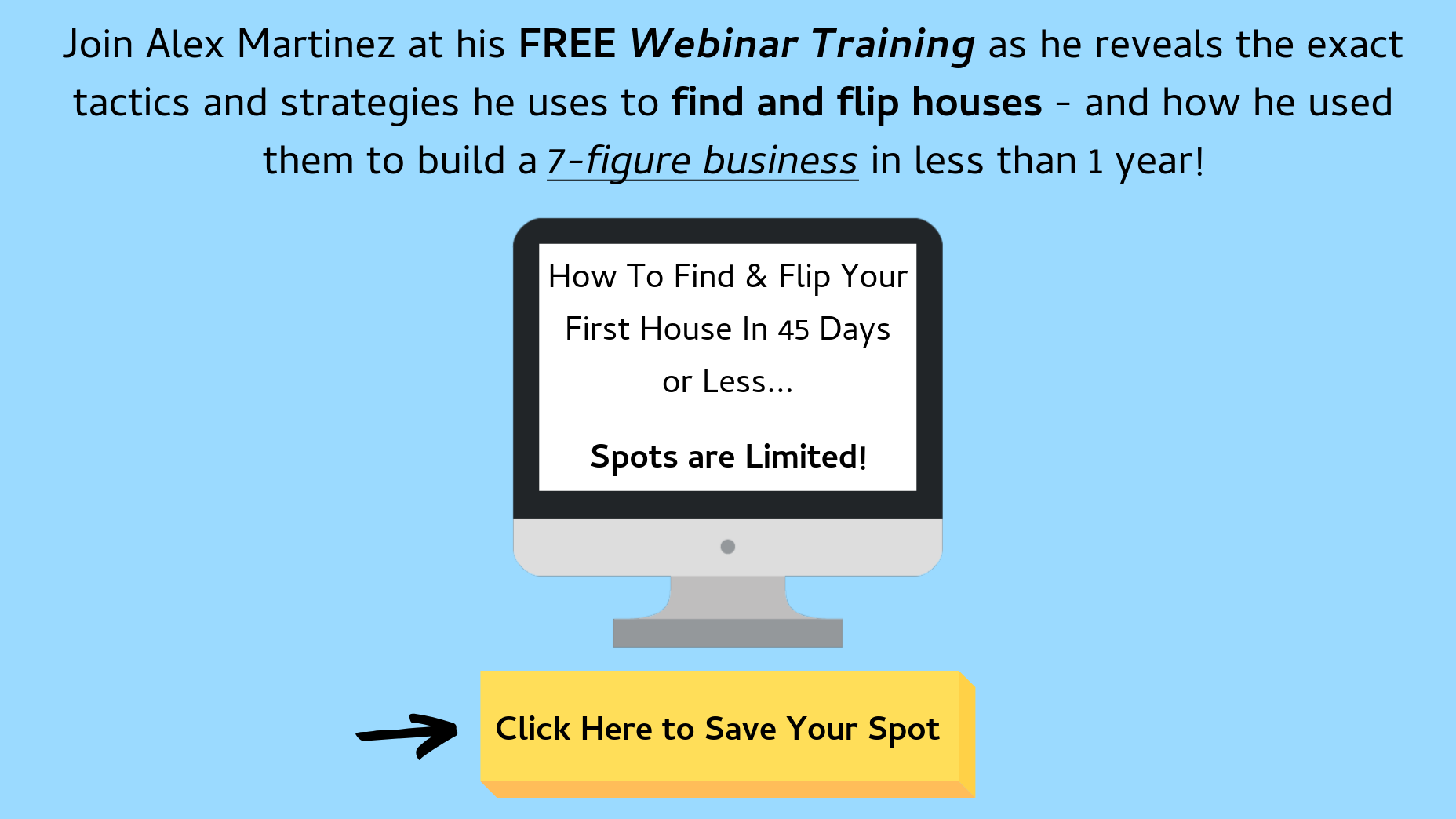 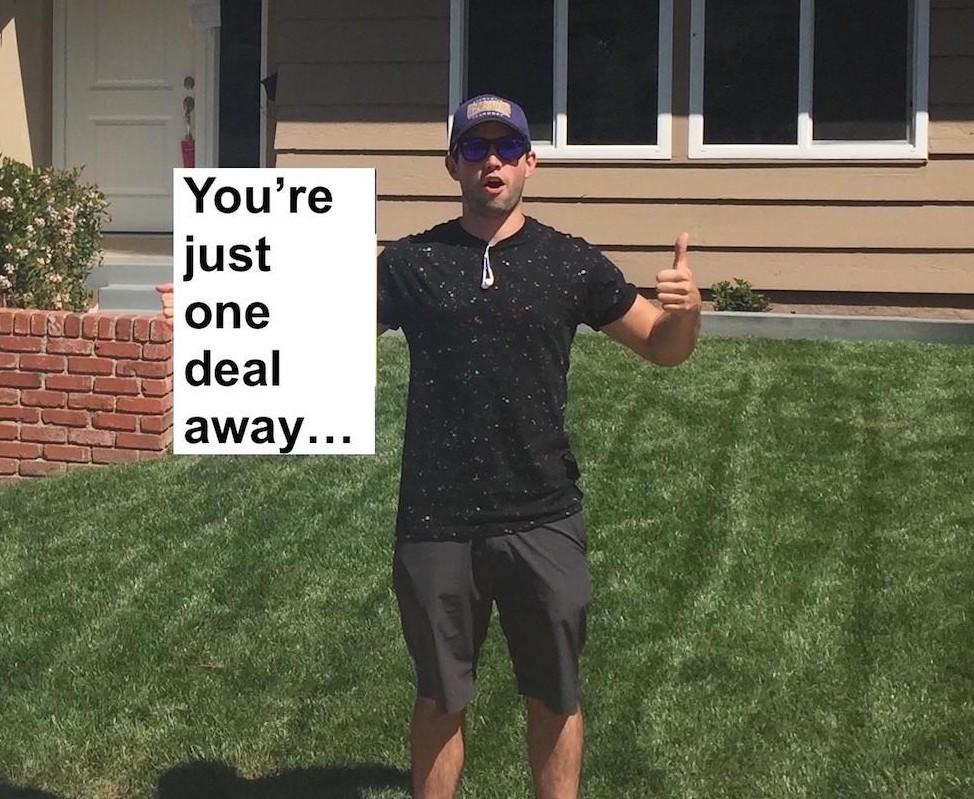 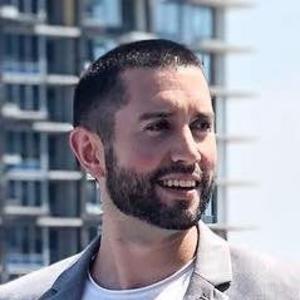 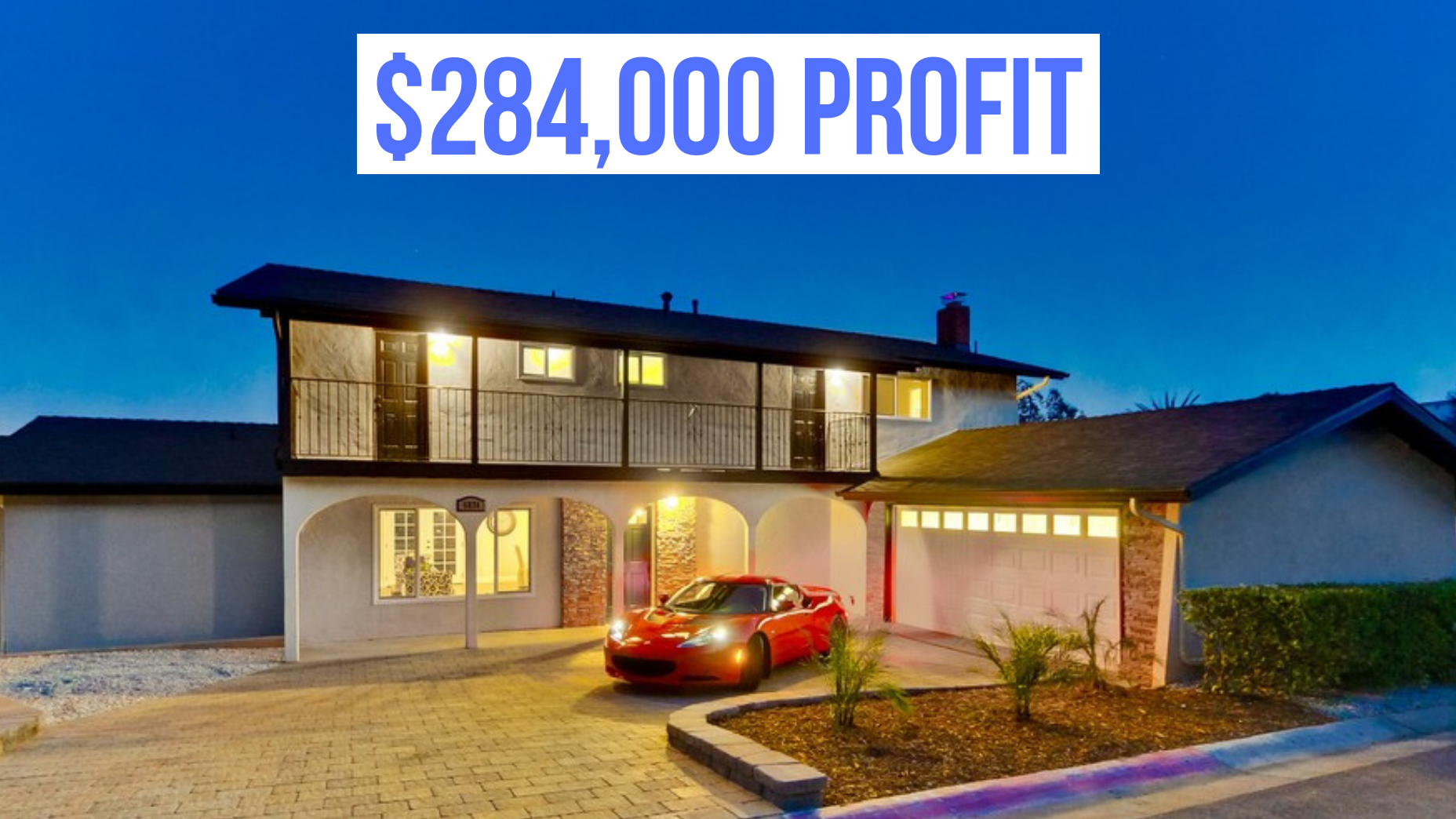